We’re excited to welcome Dr. Kevin Kanz to serve patients at our Central Austin clinic! He’ll serve as our lead chiropractor for Central Austin and will be teaming up with Bryan Just, FNP, on the primary care. Kevin will also serve alongside our team of specialists at Central Austin.

Kevin has been practicing chiropractic and functional medicine in Austin for over thirty years. He ran a very busy practice on the West Campus near the University of Texas for many years, building a long-standing reputation as one of Austin’s best chiropractors. Kevin has served on many boards and commissions in Austin and the state of Texas. Previously, he’s served as Public Affairs officer and President of the Texas Chiropractic Association. Kevin has served as a physician advisor for both the state legislature and the Texas governor. He’s testified before Congress and the State Legislature on many healthcare reform issues representing both the Texas Chiropractic Association and the American Chiropractic Association. Kevin’s also represented Texas as a member of the House of Delegates for the ACA and currently serves as a liaison to the TCA Board representing ACA.

He studied nursing as an undergraduate and exercise physiology as a graduate student in the area of functional biomechanics within the University of Texas system. Kevin is residency and fellowship trained in manual medicine from the Moscow State University, Lenin Institute of Physical Culture, and Railway Institute of Physical Medicine in Russia and the Czech Republic. He’s also had extensive post-graduate training in sports medicine and rehabilitation.

Outside of practicing chiropractic, Kevin is a single father of two children and enjoys the outdoors and spending time with his kids. Here’s a few other fun facts about him: 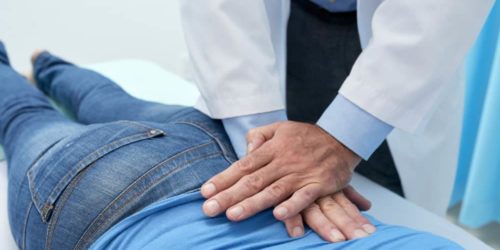